Facts About The Earth

Questions About Earth For Kids – Earth

The Queen of the UK is the legal owner of one-sixth of the Earth’s land surface. 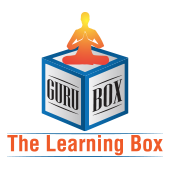